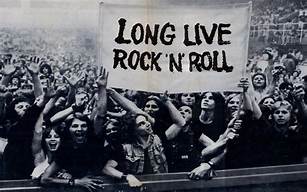 50 years ago today the Woodstock Music and Arts Festival took place in NY.   It was a mixed bag of peace and love, great music and life alerting trips on drugs, rain, mud, lack of food and more.   No I was not there and looking back I am glad I wasn’t.

This morning as I looked at some of the acts that were there made me think back at the concerts I have been to over the years.

My 1st concert was about 1968 when a neighbor and her kids took me to see The Bryds and Steppenwolf.  The thing I remember about that show was Steppenwolf singing a song called “The Pusher man” that song used language that if I used at my mom’s house would have meant I would have been tasting Lifebuoy soap to this day.

Other memories from concerts was The Four Seasons , with our seats behind the main stage and the girls near us screaming until Frankie Valli turned and sang a song to us in the cheap seats.

Seeing The Carpenters and noticing that Karen did not look well and then 2 days later finding out she was in the hospital.  It was a few years later that one of the greatest voices was silenced.

I wrote yesterday about seeing Steve Martin and the next Saturday he was on Saturday night live.

I got to introduce my 1st concert from the stage in Alexandria La, It was for an Oak Ridge Boys concert there and the guys invited us to come back stage for a Birthday Party.

Another great concert memory came when I had the opportunity to meet one of my all-time favorites.  Charlie Daniels and after a short interview I was on stage my knees shaking in front of 5 thousand and the spotlight on me, what made that so special was looking down and seeing my nephew Kelly Denton screaming his head off .   That is an image burned into my memory.

I got to sit on the tour bus with the Gatlin Brothers as they were watching a golf tournament a friend was winning.   But the memory came later when in the Interview with Larry Gatlin he talked about his struggles with drug and alcohol abuse.

The summer of 1991 was an incredible year for concerts for me From Guns and Roses to Don Williams I saw a bunch.

Guns and Roses was memorable not because of the concert (honestly I didn’t think it was very good) But Ugly Kid Joe and Skid Row were awesome.   The memory came when Axl Rose dove off the stage and started fighting with fans.  I watched from a safe distance as the riot tore the River port Amphitheater up.

Three days later I was asked to introduce country music star Mark Chesnutt at a show and Mark invited us onto his bus and asked if we knew what  happened at the Guns and Roses show .. His face was priceless and we told him what happened.

That same summer I saw Lynryd Skynryd and watched people set barn fires with empty beer cups.  Bats attacked us at a Sawyer Brown show.   I took some friends to see a Gospel comedian named Jerry Clower at a county fair and had to laugh as the opening act named the Kingsmen performed, I saw people leave when they realized this was a gospel quartet and not the band that did Louie Louie.

I didn’t go to the 38 Special concert at the Cruise in because I had lost my voice.   I did sit in my back yard listening to it.

When the Beach boys came to the cruise in I worked hard to put a fundraiser for the American Cancer Society with an autographed boogie board.  The thing was I was doing all of this and three weeks before the show I found out I had Prostate Cancer.   I decided to not tell anyone until the day of the show in an effort to help raise more money,   As I told my story from the stage with more than one tear in my eye I was amazed by the outpouring of love and support, not only from you but also the band itself as I a walked off the stage almost every member of the band either shook my hand or gave me a hug wishing me well.   (I was declared cancer free)

At the Styx show at the Cruise in I was on the 3rd row on a hot sticky summer night and the music was LOUD!  The man in front of me thought too loud and took two candied Almonds and used them for earplugs.  YUK.

Those are just a few of the great memories from a lifetime of loving live music.   If you get a chance to go to a live show go.  You never know what will happen

Stupid news from Iowa and Florida