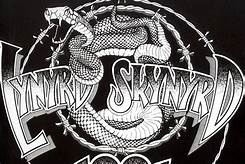 I can remember the 1st time I ever heard the song “Free Bird” by Lynyrd Skyrynd… I was in the 11th grade ate beginning of a school day in “homeroom” It was in the schools band room and the teacher would let one person to bring in an album for us to listen too as we prepared for the rest of the day.

This particular day my friend Kendrick brought in the Album “Pounced” and my musical life changed forever.  What can you say about “”FREEBIRD” except it touched me in such a way that I have requested the song to be played at my funeral.

The anniversary of the plane crash in Mississippi in 1977 is this Sunday October 20th.  It was a Thursday and I was working the night shift at a radio station in Rexburg when the news broke of the crash that took the lives of lead singer Ronnie Van Zant; guitarist Steve Gaines and his sister, backup singer Cassie Gaines; Skyrynd manager Dean Kilpatrick, as well as the plane’s two pilots Walter McCreary and William Gray. All the other members of the band suffered horrific injuries, from which they eventually recovered.

For several years the band would only do an instrumental version of the song.  This is from The Volunteer Jam with Charlie Daniels joining the band.

In 1991 I finally got to see the band in concert and that tour was the first that Jonny Van Zant would sing the vocals.

Over the years the band has seen band members die away and in 2019 Lynyrd Skyrynd calling it quits.

I will always be part of the SKynyrd  nation 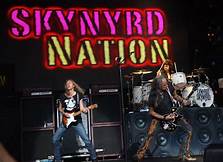 Today on the morning show: The Friendship zone: